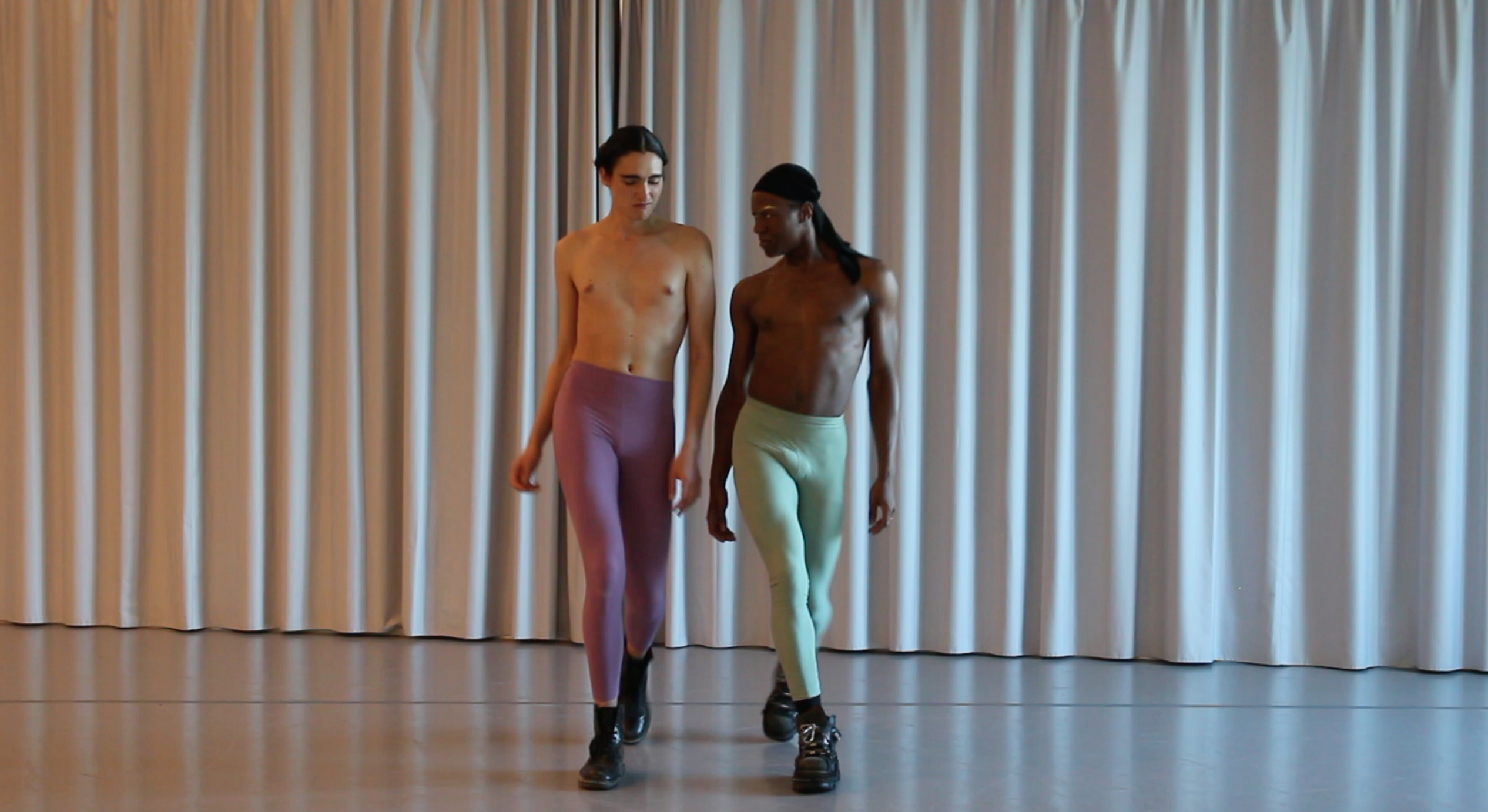 It is a meeting of two performer-dancers: Pepe Serrano and Kouadio Ebenezer who will be brought together to work on mythological figures that inspire me. On the one hand, the Titans of Greek mythology, these archaic figures who lived on Olympus before being hunted by Zeus and his divine sons. And on the other hand the heroic and tragic figure of the inseparable twins Castor and Pollux.

Like all the characters I'm interested in, they carry an ambiguity. Thus, the etymology of the name Titan is, "he who lives in the heavens", but the same name will also be at the origin of the word "Satan" in Hebrew. As for Castor and Pollux, they evolve alternatively from the world of the living to the world of the dead 1.

Pepe Serrano lives in Madrid, Kouadio Ebenezer (" Eben ") in Toulouse. They share an imposing stature, their age (18 to 23 years old) and seem to me like two living sculptures, like two Titan brothers who would have been separated by a mountain, but not the one on Olympus, but the one in the Pyrenees. These giants, far from having a monolithic virility, are androgynous. As in all my choreographic projects, there is a distance between the figure and the performer who embodies it. 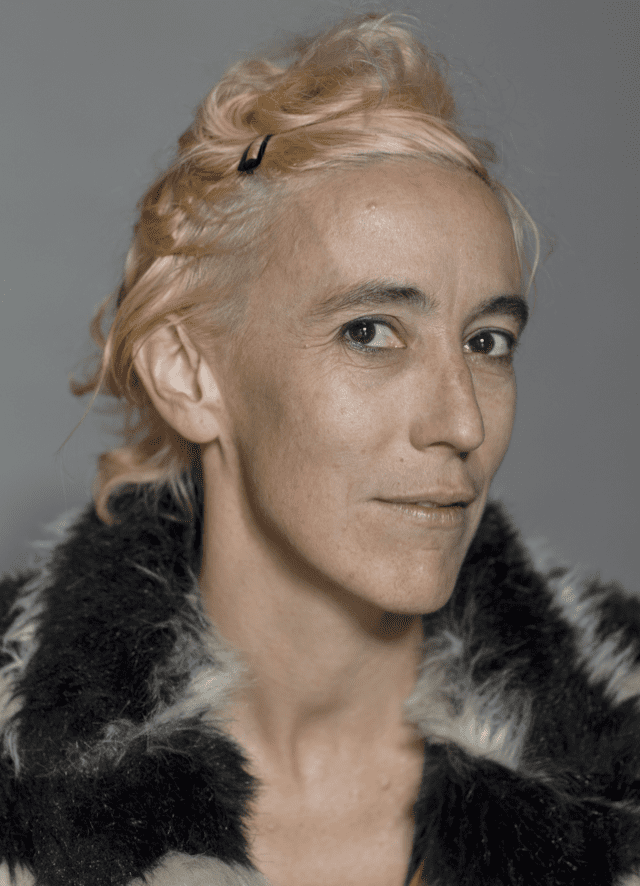 Marta Izquierdo Muñoz was a latecomer to the dance scene after studying psychology in her home town of Madrid. She avidly enjoyed dancing (ballet, jazz, contemporary, flamenco, clubbing) before embarking upon her first personal projects in 2007 and creating her own company [lodudo] producción.

Since performing parts in major productions, especially with Catherine Diverrès(CCNRB) and François Verret, she now steers her projects towards forms that are more restricted (from accompanied solos to trios), touring (France, Spain, Germany, Austria, Japan), and that take the time required to meet.

In the early days of the company, never restricting the creation of good performative images and spaces, the works, contrary to maximising spectacular efficiency, provide an opportunity to experiment with an imaginary world created through the performer, thanks to their strengths and weaknesses. Choreographic material becomes rooted and continues in tangible elements such as words, singing, mud, paper, puddles, beams of light, animals.

The works are formed around the creation of various fixed points, like different performance spaces in which various states of body take shape, often extended by voice work (lyrics or singing). Materials or objects seem to come to life, while bodies and faces stretch and change, to allude to substances or convey ghosts, often in a very frontal relationship with the audience. The points are connected by performative pathways or progressions leaving more room for variations, with a certain degree of freedom in the interpretation.

The choreographic expression can be described as a palpable dance characterized by various changes in dynamics and quality of motion: from extremely slow to very fast, up to states close to trance; a combination of fluid and jerky; from detailed work to bulk gestures.

Just like her predecessors from La Movida Madrileña, the New York Factory and the Tokyo Angura movement to which she dedicated part of her research, she is particularly interested in revealing the complexities concealed behind the stereotypes produced by popular culture. If everything, stripped of its ostentatious appearance, is potentially open to ridicule, it is often difficult to dissociate comic from tragic. The basis of her approach is not nihilism, but humanism in all its forms.

Her first creations are the result of regular (Samuel Pajand, Frans Poelstra, Mark Tompkins, Judith Cahen) or occasional (Norico Sunayama, Junko Fuchigami, Jean-François Pauvros) artistic collaborations, polymorphous musicians and performers, chosen for their ability, not only to span several genres or artistic disciplines but also, to reinvent themselves each time in a new form. The meeting often becomes a means to destabilise each other by decontextualising the work in contact with the other, in a perpetual play between real and constructed identity.