A solo on resistance

Bordering on a live pop concert, fashion show or boxing match, Soulèvement (Uprising) turns the performance space into a platform: a place in which to unite as well as a democratic, popular and urban symbol. The solo piece becomes a form of rhetoric that draws its inspiration from Fortnite (the video game), from the practice of contemporary dance as well as the paradigms of revolted bodies and speeches: a disillusioned generation.

The CCN – Ballet de Lorraine invites you to experience the work of several choreographers who will be working with the company this season. These more intimate events, presented at our studios in Nancy, will allow you to see a whole other side of these artists, to see their work with the dancers in a different way. It’s a sort of sidestep, a teaser, a different taste. 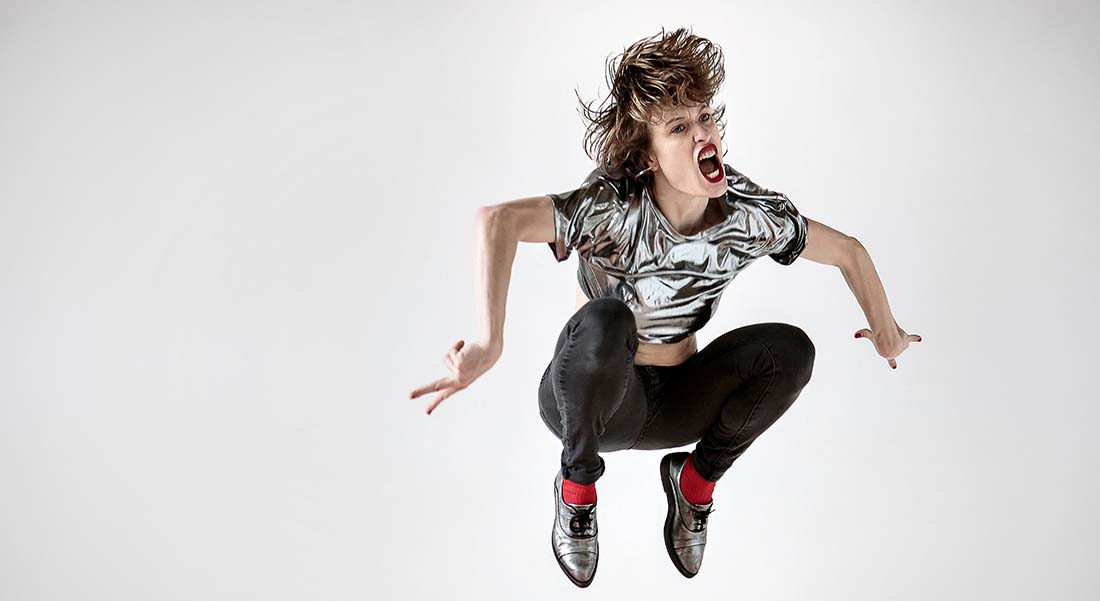 Tatiana Julien is a french dancer and choreographer, graduate of the Paris National Dance Conservatoire and Paris University VIII. In parallel  to her work, she has performed and collaborated with Cie 7273, Nathalie Pernette, Thomas Lebrun and Sylvain Prunenec. Today she dances for Olivia Grandville and Boris Charmatz.

In 2011, she founded her company, INTERSCRIBO. At the crossroads of languages, the company explores spectacular hybrid forms for both theater and on-site performances, mixing professionals and amateurs, questioning the artist’s commitment to the world and the role of the spectator/citizen. These creations, often adapted to the architecture of the location, offer engaging devices for the audience and deploys a fantasy of dance that contaminates everywhere, all the time, a dance that creates empathy. Sound, light, and text are its essential elements. The body engages with these immersive landscapes like a piercing cry, crossed by its context, charged with a persistent and vital force.

The company’s first creations, La Mort & l’Extase, Douve, Ruines and Initio, opéra chorégraphique were forms on the outskirts of expressionism. With chiselled, verbal and embodied choreographies. Its more recent creations Turbulence – a choreographed installation for headphones in a non-dedicated space -, Soulèvement (Uprising) – a bi-frontal solo piece on resistance -, and A F T E R – piece for eight performers (postponed due to sanitary crisis) in a collapsing scenography-, continue the exploration of a dance manifest, full and committed, this time in more performative forms and with the integration of the audience within the scenography.

As part of the European Dancing Museums project she created a highlight for dance entitled La Cité (éphémère) de la danse. She invites various choreographers to perform the utopia of a city of dance that connects to its locals. Tatiana Julien created the Prière de ne pas détruire in Louvre Museum and Monumenta performance in the nave of the Grand Palais in Paris. She also performed at the National Gallery in London, the Boijmans museum in Rotterdam, the Gemälde Galerie in Vienna, the museo Civico, the Arte Sella museum in Italy, and at INHA in Paris.