Created on April 13, 2016 on the Place Stanislas (Nancy) through the trophy tour for the Euro football cup 2016

1 Referee & 3 artistic judges
24 dancers from the CCN Ballet-de-Lorraine: Two teams of 12 (9 on the field 3 as replacements)

Get your funk on !

Get down and boogie! Bust a groove! Shake your tail feather! Cut a rug! Get your freak on!

Discofoot is an ass kickin, DJ spinin, maybe even twerkin free-styling battle, where footballs’ rules are twisted and thrashed by dance. Let the choreography of the ball take you on a ride that passes the unknown and spectacular possibilities of this dead serious performance of a football match...

You will never look at a pair of golden shorts and a «discofied» football the same way again!

The performance/match uses the rules and organization of professional football as its choreography. In combination with certain set choreographic elements, the performers use this base, to battle it out in excessive and decadent improvisation. The main and dividing rule is that you may not run. Your only way to advance on the pitch is to dance. But not just any dance… Your teams’ skills are judged and given scores by a panel of judges, like in figure skating. The goal is not only to make a goal, but lies equally in the finesse in which you made it.

Starts with a 2 min. choreographed «stretch» sequence. After, artistic scores, a maximum of 6.0 are awarded to each team from our panel of professional judges. These points are tabulated with eventual goals. The announcement of scores is made.

- Tallying of second half scores together with artistic points gets then added to first half points.

- Winning team is announced and trophy given. 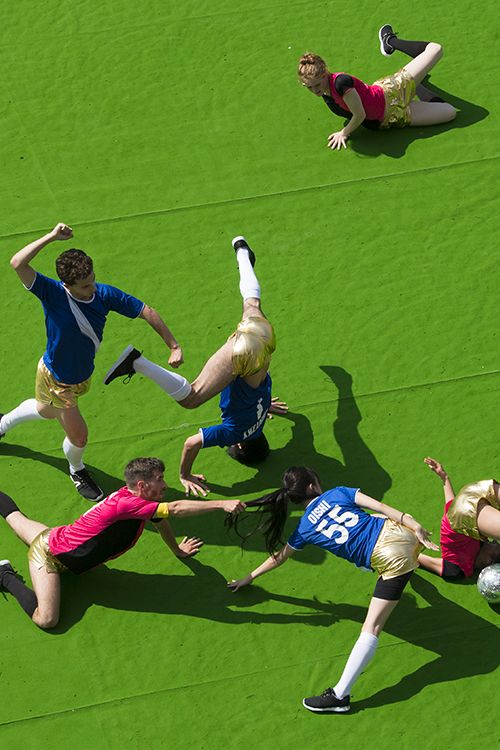 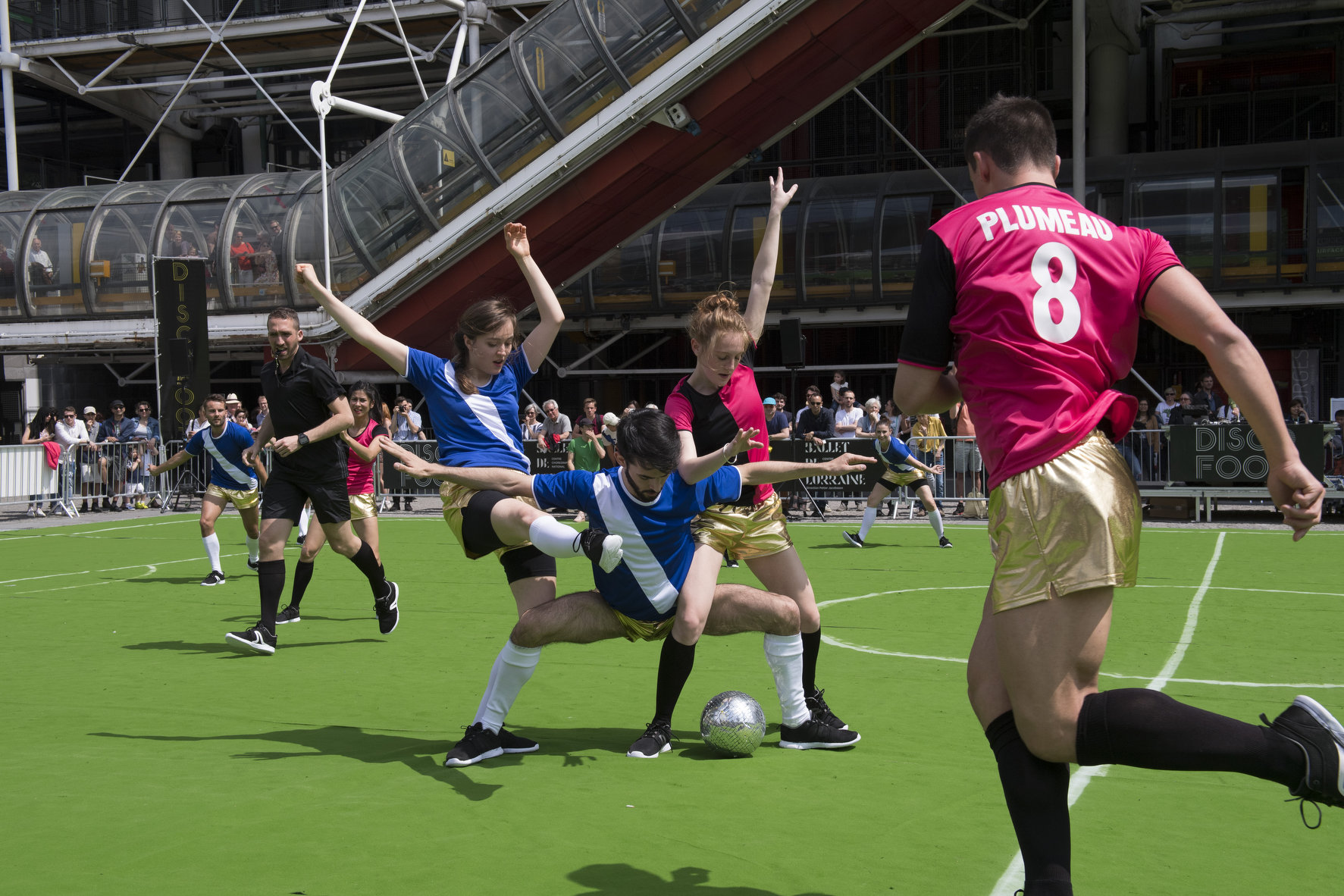