Premiered by the CCN - Ballet de Lorraine on November 15, 2017 at the Opéra national de Lorraine (Nancy) 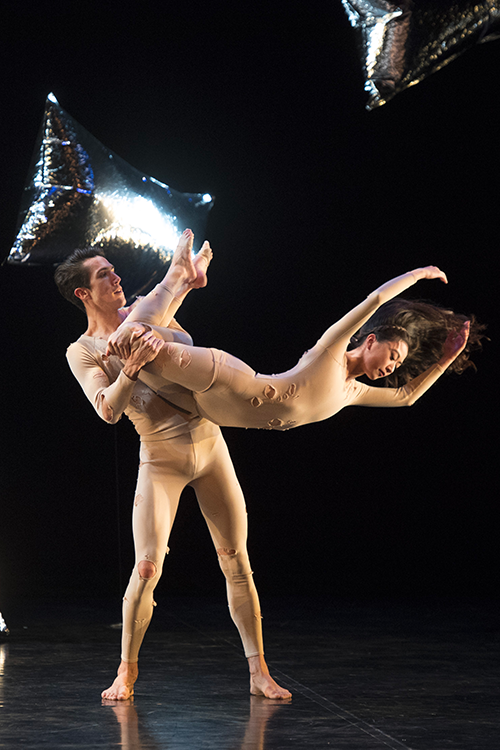 The title for RainForest came from Cunningham’s childhood memories of the Northwest, and the rainforest in the Olympic Peninsula. RainForest differed from Cunningham’s other pieces in that, with the exception of Cunningham, each of the six dancers performed his or her role, then left the stage and never returned. Andy Warhol agreed to let Cunningham use his installation Silver Clouds - a number of Mylar pillows filled with helium, so that they floated freely in the air.

The dancers wore flesh-colored leotards and tights, which Jasper Johns (uncredited) cut with a razor blade, to give the costumes a roughened appearance. The music was by David Tudor, and evoked the chirping and chattering of birds and animals. 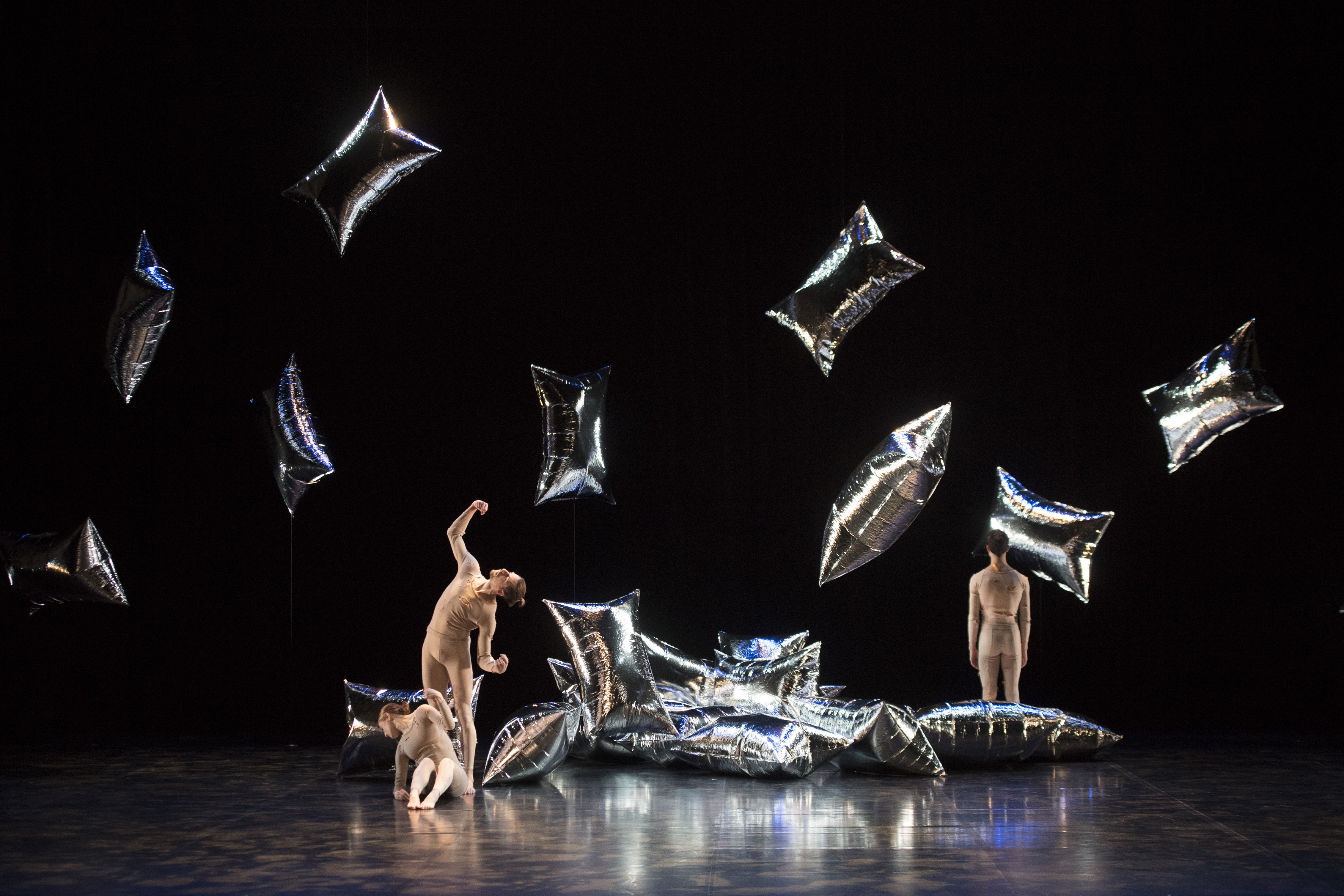 Born in Centralia, Washington on April 16, 1919, Cunningham began his career as a modern dancer at the age of 20, dancing for six years with the Martha Graham Dance Company. He presented his first recital in 1944, and formed the Merce Cunningham Dance Company in 1953. The company was a living canvas for his experimentation and the creation of his unusual pieces.

Over his long career he choregraphed more than 150 pieces and more than 800 events. Many dancers studied and worked with Cunningham before founding their own companies, among them Paul Taylor, Trisha Brown, Lucinda Childs and Karole Armitage ... He collaborated with many artists; his collaboration with John Cage had the most influence on his practice.

Together Cunningham and Cage proposed a series of radical innovations in dance. The most famous and controversial of these dealt with the relationship between dance and music, able to co-exist in the same space and time but needing to be conceived independently of each other.

Cunningham continued to experiment and innovate throughout his life, and he was one of the first to use new technologies in his own art form. He choreographed and taught almost until the day he died, July 26, 2009, and received many awards and accolades. Cunningham’s life and work have inspired the publication of four books and three important exhibitions; several of his pieces have been presented by other prestigious companies such as American Ballet Theatre, the Ballet de Lorraine, the New York City Ballet, the Paris Opera Ballet, the Rambert Dance Company in London and the White Oak Dance Project.