Created on February 16, 2018 at the BAM Metz through «Associated artist» appliance between CCN - Ballet de Lorraine and Centre Pompidou-Metz
Premiered on November 14, 2018 at the Opéra national de Lorraine (Nancy)

«You have no face or ass, but you stretch, twist and wind your limbs in the most amazing way.

A hundred transparent wings on your back, you release vapor from your body and elevate and descend.

You enter my body and melt my organs, then you step outside and slowly leap.

You transfer your transparent body into the force of poetry, and burn my heart.

You are the transparent monster, an angel with no wings.» 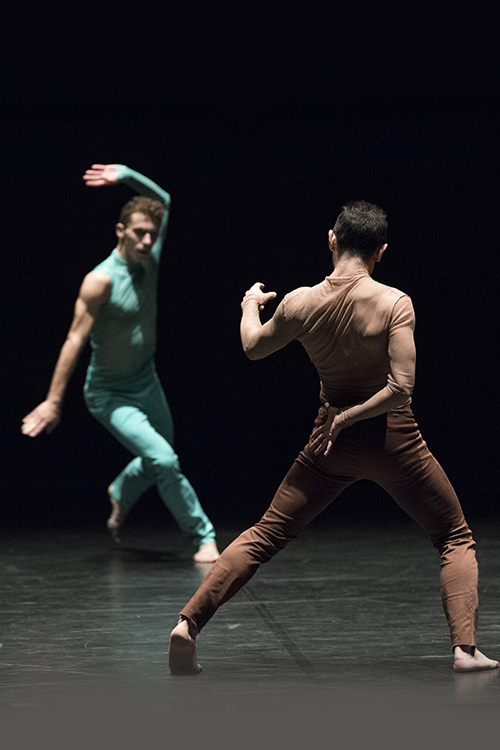 Originally from Tokyo, Saburo Teshigawara began his career as a choreographer in 1981, having first studied the plastic arts and ballet. In 1985, he founded KARAS with the dancer Kei Miyata and since then the company has been invited to tour around the world. In addition to his solo works and creations for KARAS, Teshigawara has created works for the Nederlands Dans Theater, the National Ballet of Bavaria, the Paris Opéra Ballet, the Ballet Frankfurt at the invitation of William Forsythe, the Ballet of the Grand Théâtre de Genève and the Göteborg Opera Ballet. He often collaborates with musicians onstage, including the pianists Francesco Tristano and Yosuke Yamashita, the violinist Sayaka Shoji and the Ensemble intercontemporain.

He is interested in many artistic disciplines, having staged five operas and directed many installations and films. In each of his creations he conceives the work in its entirety, including designing the costumes, the lighting and the sets.

He has also led many pedagogical projects, including S.T.E.P. (the Saburo Teshigawara Education Project), launched in London in 1995, and mentors a number of young dancers in the permanent workshops he leads at the KARAS studio in Tokyo. From 2006 to 2013 he taught at the Department of Expression Studies at the University of St Paul’s (Rikkyo), and since 2014 he has been a professor at the Tama Art University, in the set design, dramatic arts and dance departments.

In 2013, he opened his own creation space, “Karas Apparatus” in Tokyo, which offers performances, exhibitions and workshops.

He has received a number of awards, including a “Bessie” Award in 2007. In 2009, he received the Medal of Honor from the Emperor of Japan for his contributions in the field of art, and in 2017 he was named an Officer of Arts and Letters in France.