Premiere on February 10, 2021 at the Opéra national de Lorraine

In 1954 Yves Klein proposed a ballet entitled, “LA GUERRE” (de la ligne et de la couleur) or (vers la proposition monochrome) – “The War” – (between line and colour) or (toward the monocrome). Although the manuscript is incomplete and was never staged, it had some clear musical, visual, and scenic intentions; ones that reflected a moment in history and yet still continue to be extremely relevant. On paper La Guerre was a grandiose, scenic manifestation of his physical and performative reflections on his art’s immateriality. Klein was a boundless creative energy, great influencer and participating member of the ZERO group. He was referred to as a modern mystic, and creator of air architecture and whose fanciful ideas even led him to his iconic leap into the void. Because of his energetic physicality, in his art practice as well through his Judo training, and his interest in the ephemeral, the fact that he proposed a “ballet” seems like a clear continuation of his creativity.

Air – Condition takes inspiration from Klein, animating ideas and concepts of the immaterial ephemeral experience he was so passionate about. There is a current and pressing relevance in the subject of the immaterial in light of the current state of our society. How are we engaging with our environment? How do we make visible the currents, vibrations and colours of our atmosphere in the search of a “less” material world? Choreographers Petter Jacobsson and Thomas Caley together with collaborating artist Tomas Saraceno, set to l'île re- sonante by Eliane Radique, want to make visual the resonating vibrations that surround us daily. Saraceno’s work has throughout his career questioned how we may inhabit the “air”, through his interest to remove our dependence on fossil fuels to the intricate systems of spider web construction. In this we can see a heritage of ideas and concepts passed down from Klein and his generation. Air – condition is a new creation that re-imagines questions posed by Yves Klein in 1954. What further sensibilities lie out there in the void? Lets take the leap and find out. The project is in collaboration with the Pompidou Metz and their exhibition Le ciel comme atelier – the sky as atelier.

Production by the CCN - Ballet de Lorraine in collaboration with the Centre Pompidou-Metz through the project Artiste Associé. 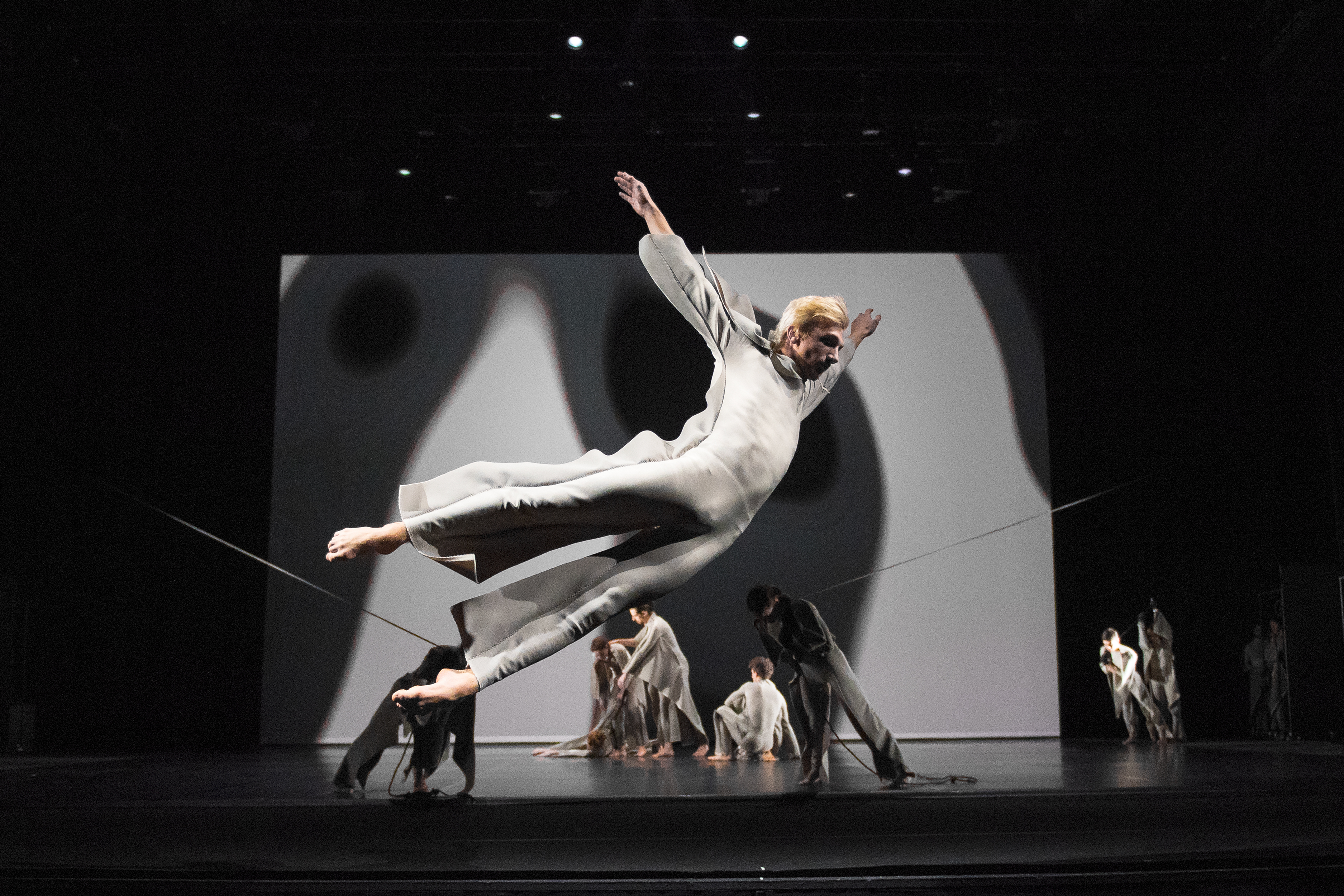 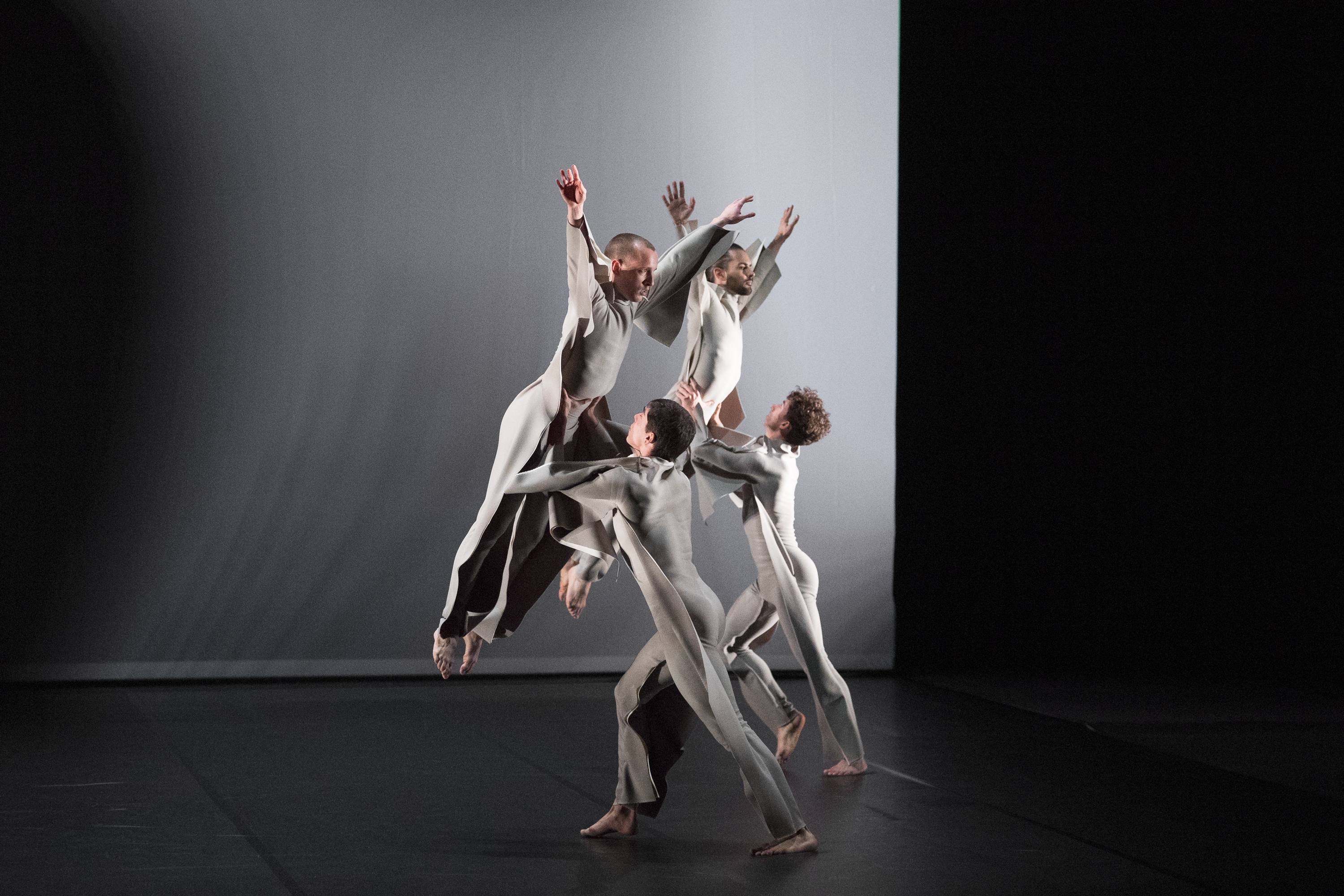 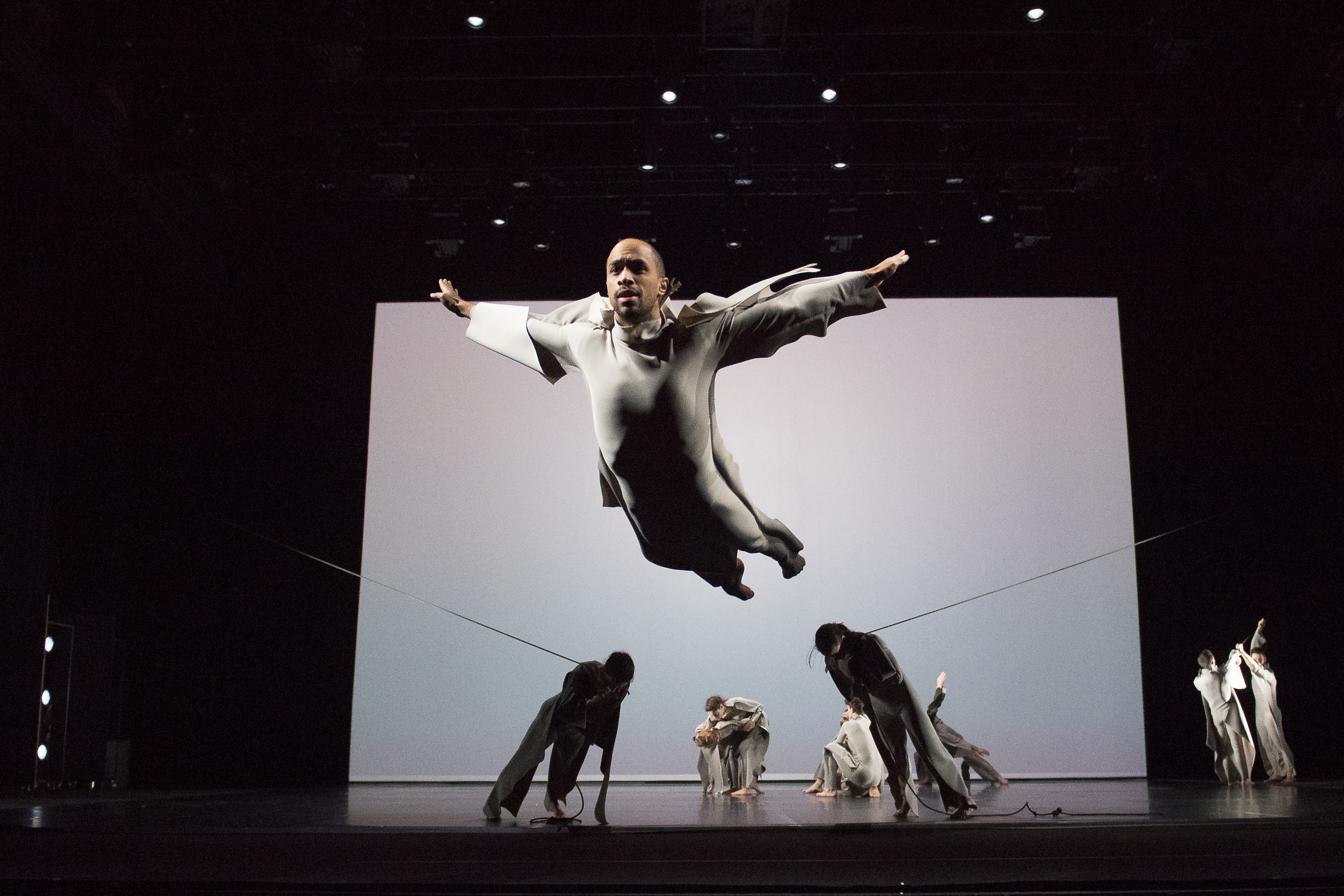 Tomás Saraceno was born in 1973 in Tucumán, Argentina. Having earned a master’s degree in architecture at the School of Fine Arts of Buenos Aires, Tomás Saraceno came to Europe to continue studying the beaux-arts at the Städelschule in Frankfurt, Germany, then earning another master’s degree in art and architecture at the IUAV University in Venice. He has since 2013 been working and living in Berlin. His work was shown at the 53rd Venice Biennial in 2009.

He was a resident artist at the National Center for Spatial Studies (2014– 2015), at the Center for art, science and technology at MIT (since 2012) and at the Calder workshop (2010), among others. His works are in the collections of the Museum of Modern Art (New York), at SFMOMA (San Francisco), at the Walker Art Center (Minneapolis), and in the Nationalgalerie and the Staatliche Museen in Berlin.