“The oeuvre of Julius Eastman, a sadly forgotten figure of American minimalism, transcends his rather tragic life story. His music is minimal only as it concerns his writing process. Otherwise it channels a strong rock n’ roll energy, in phase with his political commitments as a black, gay musician, and in phase with his generation, which dreamed of attaching collective ideologies to individual freedoms.

The piece Evil Nigger, here in a version for piano and electric guitar performed by Melaine Dalibert and Manuel Adnot -- is already its own manifesto. When asked about its shocking title, Eastman went into a rant about personal commitment and the convergence of the struggle. This singular and collective characterization is the point of departure for the 21 different pieces interpreted by the dancers. They use and abuse their honed bodies, their knife-edged legs, a series of haphazard pirouettes and grands jetés, piling up into absolute chaos and high flying energy, in a mix of trivial and virtuosic movements.

We need young people to rise up: this is the energy I want to use here, echoing the formidable vitality in this composer’s music, in the space he himself shows us, between “great” music and popular trends.” 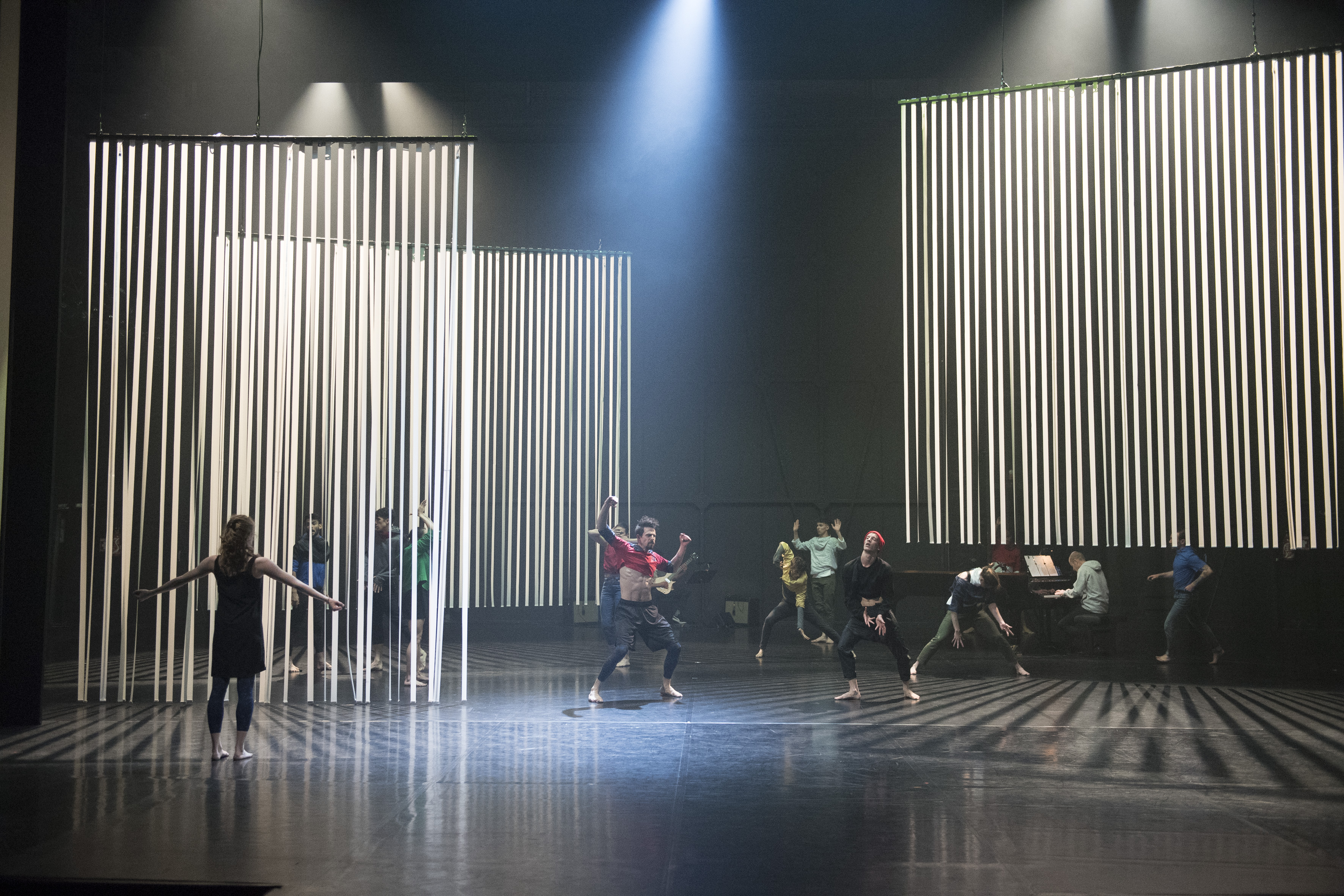 Trained first in ballet, Olivia Grandville resigned from the Paris Opéra Ballet to join the Compagnie Bagouet in 1988. For more than twenty years, she has developed her own work, most focusing on the question of language and phrasing, be it musical, verbal or choreographic.

In 2010, she created Une semaine d’art en Avignon (A week of Art in Avignon) with Léone Nogarède and Catherine Legrand, under the auspices of the Sujets à Vif section of the Avignon Festival, then Le Cabaret discrépant, the result of research carried out on lettrist choreographic scores, created and presented at the 2011 Avignon Festival and then at the Théâtre de la Colline in Paris. During the 2013/2014 season, she created a number of solos: L’invité mystère (The mystery guest) based on a text by Grégoire Bouiller; Le Grand Jeu, a solo described as «under the influence»; and Toute ressemblance ou similitude (Any resemblance or similarity) based on a text by Aurore Jacob. She then created a number of larger scale works, notably Foules (Crowds), a creation for 100 amateur dancers, in 2015, prefiguring her next work, Combat de Carnaval (Carnival Combat) and Carême (Lent) for 10 dancers. She has been an Associated Artist at the Lieu unique since 2017, where she created A l’Ouest (In the west) in May 2018, channeling her own study trip to Canada and the USA to research First Nations dances.

Grandville is also a dancer and improvisation specialist and is regularly invited to work on the implementation of projects, notably by the choreographer Boris Charmatz (Roman-Photo, Levée des conflits, 20 danseurs pour le 20ème siècle) and César Vayssié (Coproud)…

Julius Eastman was born on October 27, 1940 in New York, and died on May 28, 1990 in Buffalo. He was a composer, pianist, singer and Afro-American dancer who in theory was part of the minimalist movement. He was one of the first musicians to have used elements of both pop and “great” minimalist music. The titles of his works are often politically provocative, including Evil Nigger and Gay Guerrilla. He died in the street to general indifference in 1990, and unfortunately a lot of his music subsequently disappeared. It was only beginning in 2010 that his work was re discovered.