The bolero was a dance which appeared in Spain in the 18 th century. Bolero is also famous because of the work by the French composer Maurice Ravel (1875- 1937). But before becoming its own entity, the piece was composed to accompany a ballet. In 1928, Ravel and Nijinska – also called “La Nijinska” – committed themselves to a commission from Ida Rubinstein (1885 - 1960), meant to be a “Spanish-flavored ballet.” Ravel first decided to
orchestrate six pieces excerpted from Albeniz’ Iberia but there was a problem getting the rights, a complication. So the composer reluctantly (according to him) began work on a “theme which would not run more than a minute but which I would repeat up to 18 times, counting” – which then became his Bolero. As for Nijinska, she changed Ravel’s idea which placed the action outside a factory and put it into a tavern setting instead: a woman dances on a table lit by a lamp, in front of “twenty men fascinated by the carnal enchantment of a single woman.” The first performance was at the Paris Opéra Garnier,on November 22, 1928.

Un Bolero, which Dominique Brun is now choreographing for François Chaignaud, is based somewhat on that first Bolero, but it also has its own distinctive traits. He borrows bits of the 1928 table choreography and the basquine (tight corset) of the female dancer’s Spanish dress, as well as using some notes and photos belonging to Nijinska, and other memories which are “like hunting in the dark,” belonging to Kazuo Ōhno (1906 - 2010) and Tatsumi Hijikata (1928 1986). In the 70s the two Japanese artists paid homage to another dancer from the time of Nijinska: La Argentina (1885 - 1960), parsing in a completely unique way the iconic image of the flamenco dancer, a near “rebellion of the flesh.”
Wearing a long dress, the dancer alternates whirling, stamping feet, slow movements of his arms and torso, his body confronting the martial nature of the music’s rhythm to better push away and obstruct the authority of the music. 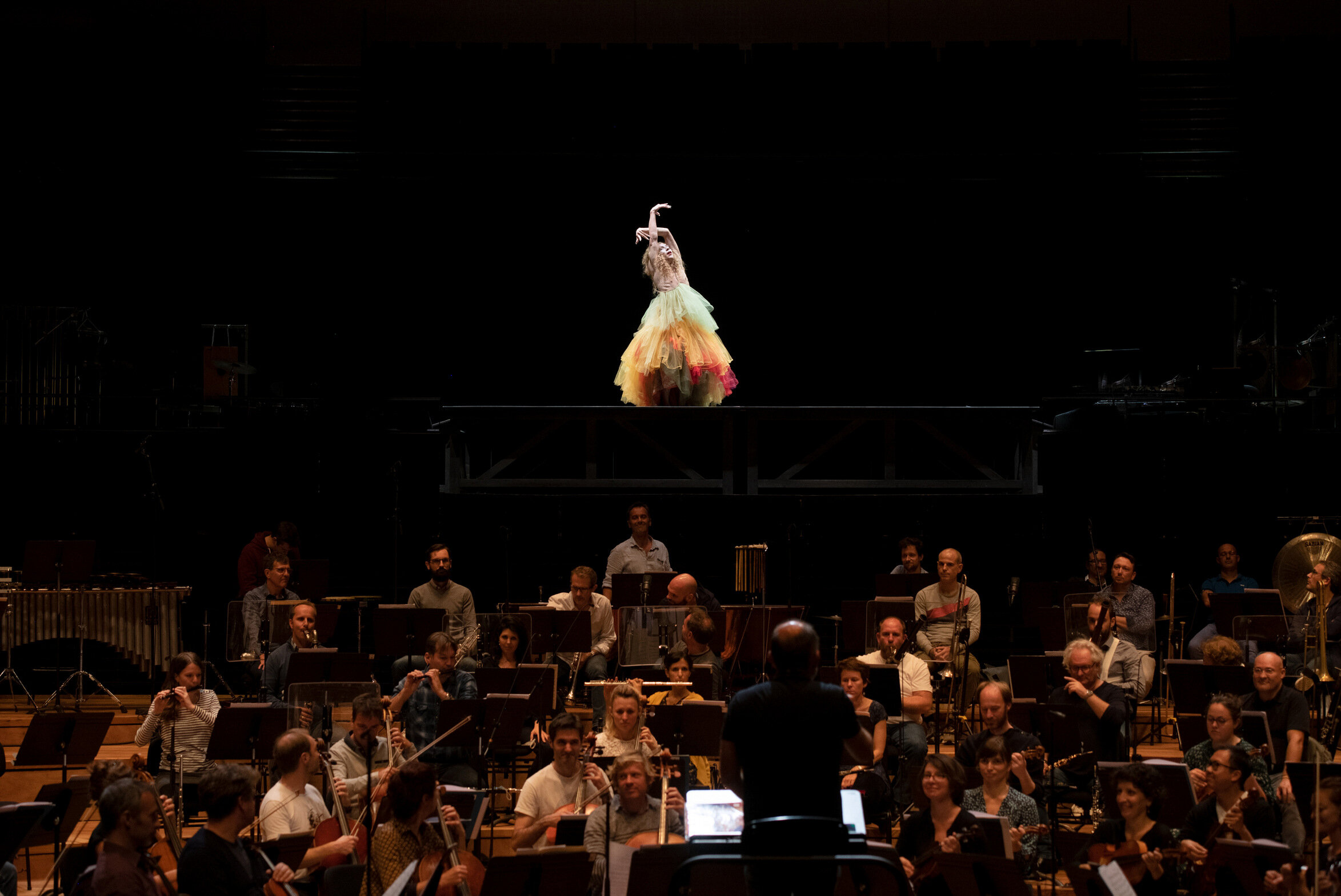 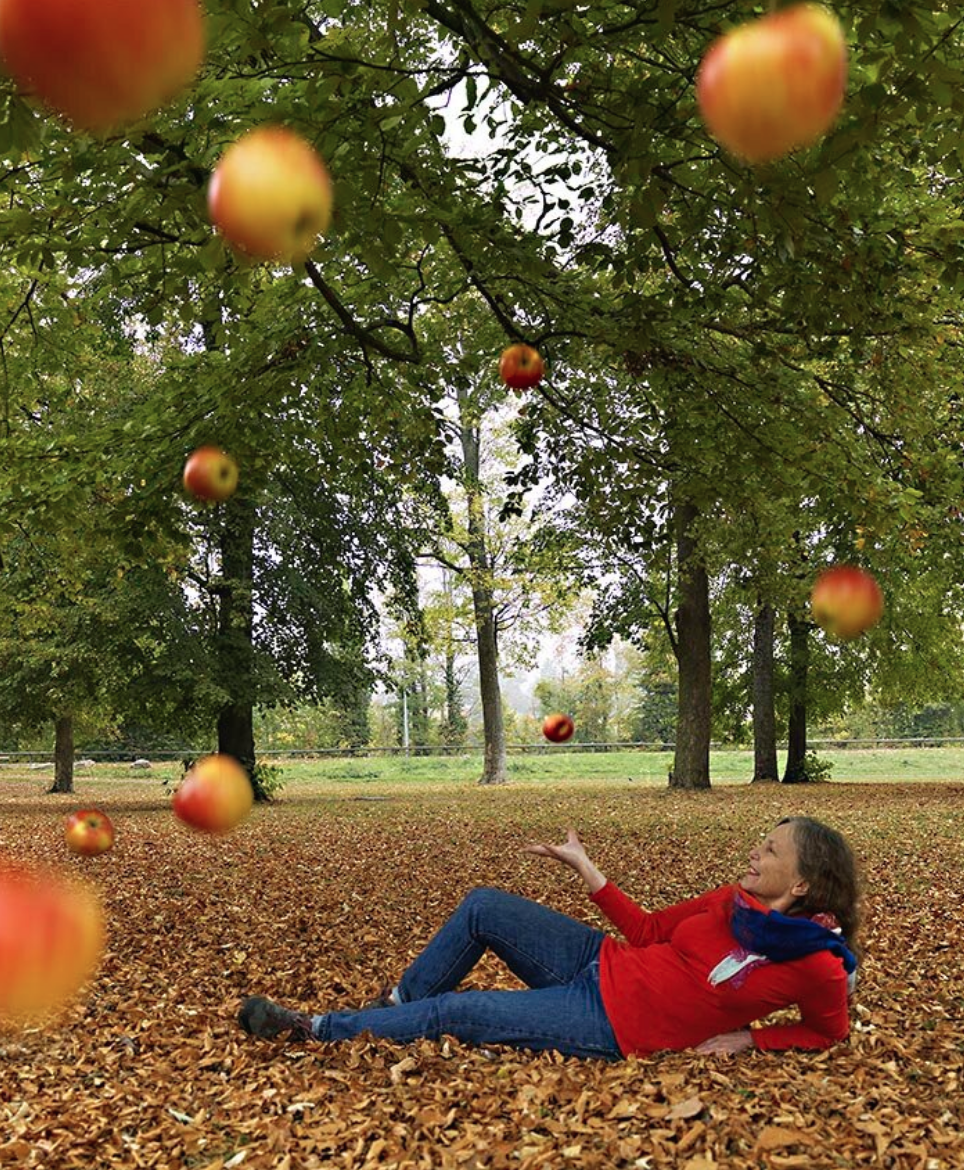 Performer and choreographer, Dominique Brun co-founded the company La Salamandre (1980 to 1988). Together they came third at the international competition of Bagnolet (1981), “Le Ballet pour demain”. She also co-founded Quatuor Albrecht Knust (1994 to 2003), with whom she worked on recreating dances from the historical repertoire from scores established in Labanotation. After Quatuor Albrecht Knust dissolved, Dominique Brun created Siléo (2004) from a text by Wajdi Mouawad and dances from the interwar period by Valeska Gert, Kurt Jooss, Dore Hoyer, Doris Humphrey, Mary Wigman.

In 2007, Dominique Brun produced a pedagogical DVD dedicated to L’Après-midi d’un faune [The Afternoon of a Faun] (1912) by Naslav Nijinsky. On Jan Kounen’s invitation, she refashioned extracts of Sacre du printemps [The Rite of Spring] (1913; Nijinsky), from the period’s archives, for the film Coco Chanel & Igor Stravnisky (2010).

Supported by L’Association du 48, directed by the dancer and choreographer Sylvain Prunenec, she extended her research on the Sacre through a diptych: Sacre #197 (2012) and Sacre #2 (2014). She concluded this cycle of work dedicated to Nijinsky with the creation of Jeux – Trois études pour sept petits paysages aveugles (2017). Next came Les Perles ne font pas le collier, a piece she co-signed and danced with Sylvain Prunenec (2018). Most recently, she has created Le Poids des choses & Peter and the Wolf (2019), her first performance choreographed for children as well as adults, basing it on Rudolf Laban’s Effort system.

In parallel to her research on movement, Dominique Brun has developed a distinct artistic taste for the relationship between music and dance. In 2016, the meeting with the orchestra Les Siècles (under the direction of François-Xavier Roth) led to the Philharmonie de Paris and Les porteurs d’ombre sharing a stage for the Hommage à Nijinski project, which toured as far as China.

Born in Rennes, François Chaignaud studied dance from the age of six. He earned a diploma in 2003 from the Conservatoire National Supérieur de Danse de Paris, collaborating soon after with several choreographers, notably Boris Charmatz, Emmanuelle Huynh, Alain Buffard, and Gilles Jobin. From He’s One that Goes to Sea for Nothing but to Make him sick (2004) to  Думи мої (2013), he has created performances in which dance and singing intersect, in a wide variety of environments and at the meeting points of many inspirations. From this tension, the possibility of a body takes shape, inhabiting the space between the sensual rigour of movement, the evocative power of singing, and the convergence of heterogeneous historical references — from erotic literature (Aussi Bien Que Ton Cœur Ouvre Moi Les Genoux, 2008) to sacred art. Also historian, François Chaignaud published L’Affaire Berger-Levrault: le féminisme à l’épreuve (1898-1905) with PUR. His curiosity for history has driven him to initiate various collaborations, notably with legendary drag queen Rumi Missabu of the Cockettes, cabaret performer Jérôme Marin (Sous l’ombrelle, 2011), artist Marie Caroline Hominal (Duchesses, 2009), fashion designers Romain Brau and Charlie Le Mindu, visual artist Théo Mercier, photographer Donatien Veismann and videast Cesar Vayssié. Chaignaud has been commissioned to create a film installation for 24 FRAMES per second in CarriageWorks Sydney.

In collaboration with artist Nino Laisné, he has created a piece entitled Romances inciertos: un autre Orlando, bringing together four instrumentalists around various ambiguous motifs of genre from the choreographic and vocal Iberian repertoire. The piece has been shown as part of the 2018 programme of the festival d’Avignon. In 2018 François Chaignaud also choreographed Soufflette, a piece for the Carte Blanche Ballet (Norway) in collaboration with Romain Brau premiered in May in Studio Bergen.

His latest creation Symphonia Harmoniæ Cælesitum Revelationum is a research on the Antique Christian song repertoire as well as Hildegard Von Bingen conceived in collaboration with Marie-Pierre Brébant. The show premiered in May 2019 at the Kunstenfestivaldesarts, Brussels. His upcoming projects include collaborations with notably: Akaji Maro, Dominique Brun and Les Siècles orchestra and a new collaboration with Geoffroy Jourdain and vocal ensemble Les Cris de Paris. 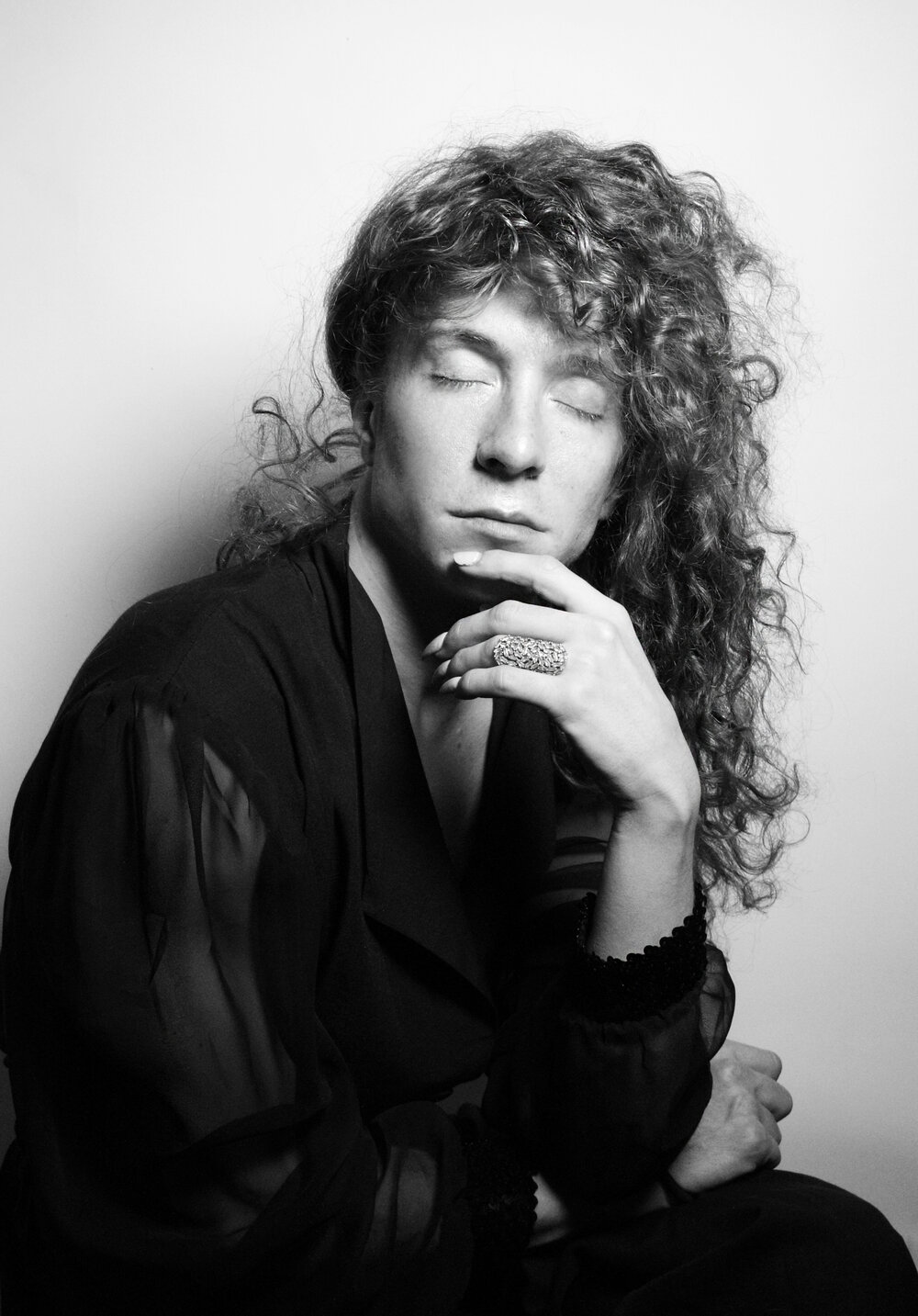 Les porteurs d’ombre is a company under the law of 1901, created at the initiative of the choreographer Dominique Brun.

The company takes its name from a phrase written by the celebrated painter, plasticien and homme de lettres, Marcel Duchamp: the “anonymous society of the porteurs d’ombre [shadow bearers] is represented by every source of light (the sun, the moon, the stars, candles, fire - )”; artists are the “porteurs d’ombre who work in the infra-mine”. The choice of les porteurs d’ombres as the name of the company confirms the idea that the company wishes to consign its projects to Duchamp’s omnipresent modernity, a modernity concerned with time and speed. It is a study of movement.


The company is dedicated to the rediscovery of our choreographic and musical heritage, not from the point of view of a museum, but by developing the relationship between the available archives and today’s performers. It promotes the use of Kinetography Laban (a type of dance notation system), but also of numerous sources and archives (scores, photographs and period films, literary texts, sketches, notes, etc.) All this allows us to understand and revive past, and often forgotten, writings. It looks at works from the past through a decidedly contemporary lens and tries to give them visibility at the end of an interpretative work. The company does not try to “reconstruct” (a vain temptation) the works, but to “reinvent” them. It is committed to the constitution of an ad-hoc and necessarily temporary “us”, which nevertheless seeks to constantly define the conditions of possibilities of being together.